We are sooo close to Matrix 1.0. So close! The PR which announces the arrival of v1.0 exists already.

Work towards 1.0 is progressing nicely - still on track for a Monday release! View our progress at https://github.com/matrix-org/matrix-doc/projects/2?fullscreen=true

Neil, who oversees the creation of Synapse:

Quiet week, not much happening, the only real progress has been shipping a Synapse 1.0 release candidate :) Joking aside we’d really appreciate your help in testing it ahead of the full release next week. Get the RC here https://github.com/matrix-org/synapse/releases/tag/v1.0.0rc1

Also friends don’t let friends operate a Synapse install without a valid certificate on the federation API. Post 1.0, servers that are not compliant will be locked out of the federation. While the copy needs updating to reflect 1.0’s imminent release, our handy FAQ (https://github.com/matrix-org/synapse/blob/master/docs/MSC1711_certificates_FAQ.md) has all the details.

Construct, a C++ homeserver has been doing testing this week:

I'd like to give special thanks to Ddanyspin97 (Danilo Spinella) for working on building construct with the musl C library so we can enjoy extremely small VM images, as well as Black Hat for building on Alpine linux also using muslc and Thomas Lewis for starting work on the FreeBSD build.

Ruma, a homeserver written in Rust, has a new surge of activity following the Rust language syntax developments last week. This Week in Ruma received it's first edition in ~6 months!

the ruma homeserver is now targeting stable rust, which means the entire project is now on stable rust

It routes users to synchrotrons based on their user ID to maximize performance, as per worker docs and, if a synchrotron catches fire it'll also automatically start shuffling workers around.
The repo can be found here, for support just poke soru wherever she is

Join the newly created room at #matrix-synchrotron-balancer:sorunome.de to discuss.

And released version 1.1.1 of the Ruby SDK too, fixing another embarrassing mistake with not including the S2S API methods correctly, which lost the server version retrieval method (The only currently implemented part of the S2S API)

Are you in the know about Matrix? If not, prepare to learn about RiotX, a completely re-written Matrix client for Android. This new version has a Kotlin SDK.

Benoit, from the team:

Many things to announce this week on RiotX:

There is still lots of work to do, but we are quite confident to deliver a first alpha version of RiotX to a larger audience at the end of June.

We've heard about Famedly before, and here they are with an announcement about their new client:

After some months of work our app 'famedly talk' is now able to send and receive messages. We are now concentrating on implementing the most important functions in a stable manner. 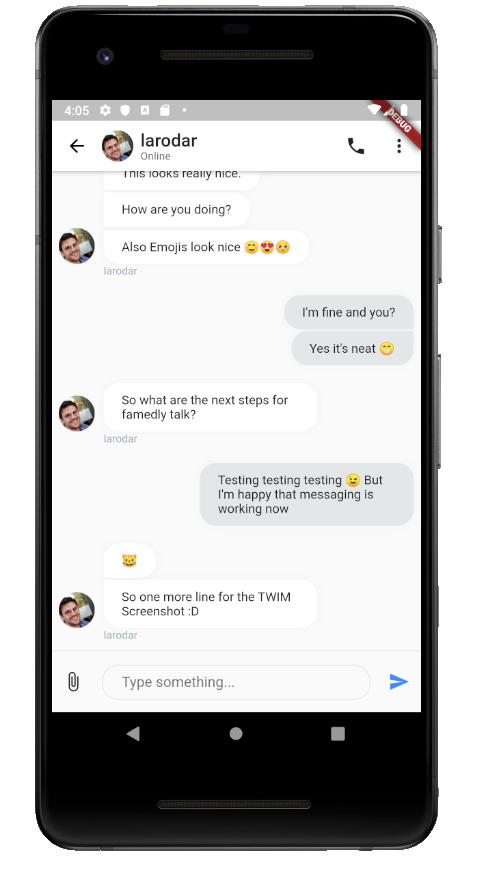 fix some missing avatars and names of rooms. Normally continuum saves all useful data to disk when syncing, but the previous version missed some of it, the newer version will query the server for the missing pieces

This week in Fractal: Alexandre Franke noticed nightly was broken on all three of the computers he was using it on. He bisected and found out when the regression was introduced, but still needs to figure out why it broke and how to fix it.

The symptom is syncing forever on startup and never actually syncing. The commit introducing the borkage is this one.

Nothing special this week.

DID YOU SEE THE RIOTX UPDATE ABOVE?

I launched https://www.matrix-wiki.org as a place to collect information, lists, guides and manuals related to matrix. I hope as a community we can work together on this to create a central knowledge base for the matrix protocol.

I spent so much of my week migrating matrix.org to a great new design (from Nad), and am really happy with the result. I'm also really happy with Gatsby, the SSG we've chosen. All these things have flaws but overall it works well.