Something a little different this week: Erik helped me install Prometheus logging on my own homeserver, and we recorded it for Matrix Live.

Yes, it's true: Official Matrix Merch is available now. There are stickers, t-shirts and hoodies all available now, go and claim yours from https://shop.matrix.org. 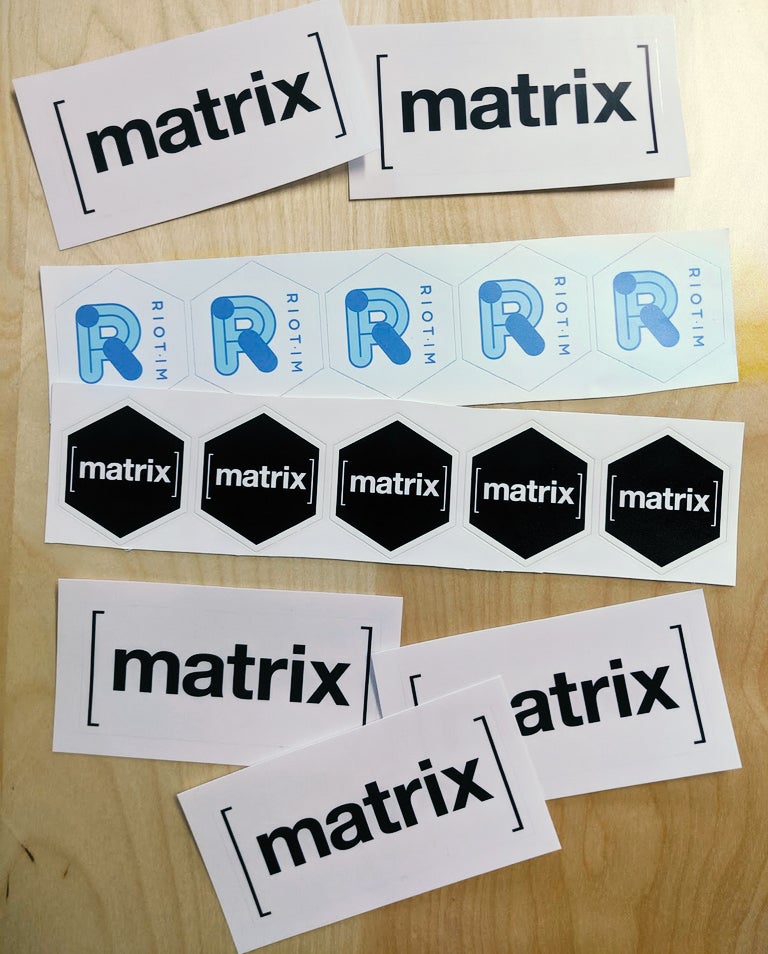 I will be doing a talk on Matrix this weekend (tomorrow) at the annual Free Open Source Conference (FrOSCon) in Sankt Augustin (Germany). If you are around - come by and get some awesome [matrix] stickers! =)

Visit #FrOSCon2019:froscon2019.fiksel.info to talk about the event.

No MSCs have entered FCP

This week’s stats for Dendrite are in! 4 authors have pushed 11 commits to master and 11 commits to all branches. On master, 48 files have changed and there have been 676 additions and 146 deletions.

Of note are the following merged PRs:

We also have a number of PRs that were moved forward but not merged. Add auth fallback endpoint (our oldest PR at the moment!) which we mentioned last week is so very close, but not quite there in time for this TWIM.

In terms of passing Sytests, Dendrite now passes 172 tests, up from 167 last week. This is out of 761 tests in total. So just a small bump (0.6%), but note that things that are crucial for Dendrite development at the moment, such as federating, only cover a small subset of tests, so each passing one can bring us much closer to getting Dendrite usable day-to-day.

The big news this week we’ve landed some massive DB improvements (https://github.com/matrix-org/synapse/pull/5706) which should make message sending on matrix.org (and any other server) feel noticeably snappier. :) It'll be in the next release.

Work continues on our installer to make it easier to configure Synapse and we’ll be looking for some community feedback rsn. The room directory revamp is now very close and we hope to have something live on matrix.org in about a week.

Finally we’re working on improving the efficiency of smaller instances sending messages into large rooms, we’re still at the design stage, but it will make a huge difference for anyone self hosting.

Does the video include time spent waiting for async to land in Rust?

ChronosX88 announced that he is "developing a lightweight Matrix server" - check on their progress at https://github.com/signaller-matrix/signaller, also join #signaller_dev:netwhood.online.

If you fancy running highly experimental software on your homeserver which might break things, I have two things for you:

I love getting updates from yuforia - they've been consistently working on Continuum for some time, and by increments are making a great client.

Reuse the ListView of messages across different rooms to reduce memory usage (Experimental) Remember and refocus the last read message, making it easier to go through all unread messages while switching chat rooms freely.

Renaming of QMatrixClient to Quotient has been finally merged to the master branch; Quaternion master uses it from now, too. Packagers are welcome to make test builds and report bugs in #quotient:matrix.org. libQuotient 0.6 beta is coming close now!

tulir has been making big updates to two of his bridges:

mautrix-facebook can now bridge formatting, mentions, replies and reactions in both directions.

There is also a logout command now.

mautrix-telegram's switch to mautrix-python is nearly finished (i.e. it didn't cause any errors for the past few days when testing in production). The main reason for the switch is using one Matrix library for all my python bridges. It also means the bridging code like double puppeting and command handling I shared between mautrix-facebook and mautrix-hangouts is now also used in mautrix-telegram.

Other changes that happened during the switch:

Also, this actually happened last week and the week before that, but anyway: I've moved the CI and docker registry of my active projects to a self-hosted GitLab at mau.dev. Specifically, the CI/docker registry for all four mautrix bridges and maubot and automatic builds for gomuks have been moved. My maubot plugins also have automatic .mbp builds in the CI. For the docker registry, prepending dock.mau.dev/ to the existing image names will work. The old places (docker hub, dl.maunium.net) won't get new builds anymore. The repos on GitHub are still the "canonical" repos, but they're mirrored more or less instantly with maumirror.

I'm going to add some way to put bridged rooms into personal communities for filtering purposes. Not yet sure if it'll be fully built into the bridges or some kind of an external script

Hi folks, we've released a RC of the next irc bridge version. Check it out at https://github.com/matrix-org/matrix-appservice-irc/releases/tag/0.13.0-rc1

I've just released Email2Matrix - an SMTP server that can relay incoming messages over to Matrix based on mappings defined in a configuration file.

While it can also be installed standalone and work with any Matrix homeserver (see its documentation), the simplest way to install it is using matrix-docker-ansible-deploy and its guide for Email2Matrix installation.

The configuration process (users, rooms, mappings) is quite manual, but it's simple and has worked well for me for the past year and a half. I've only just polished it up a bit, released and integrated with the Ansible playbook, so others could benefit from it too.

I started a "matrix-xmpp-filter" project. It's like matrix-ircd, but with xmpp instead of irc. It can also filter messages by weekday, time and regular expressions. Target audience is Sailfish phone users, but it could be used with other xmpp clients too (no xmpp MUC support required). https://k2c42.dy.fi/matrix-xmpp-filter.git/ #matrix-xmpp-filter:ellipsis.fi.

https://github.com/Half-Shot/matrix-github has had quite a few updates. Notably:

Currently working on a Puppet module to manage Matrix Synapse installs (both directly and through docker), not quite ready for prime-time yet but watch this spot.

I develop matrix Bot, which converting voice messages to text. It use Yandex Speech API and Yandex API cloud (some as aws) for temporary store voice-data before converting. https://github.com/progserega/voice2textMatrix Bot have such logic:

Seeing this, I wondered, "y tho?", luckily progserega was able to explain with a graphic! They say a picture paints a thousand words, and it's clear from the conversation below why he'd want to have speech-to-text capabilities. 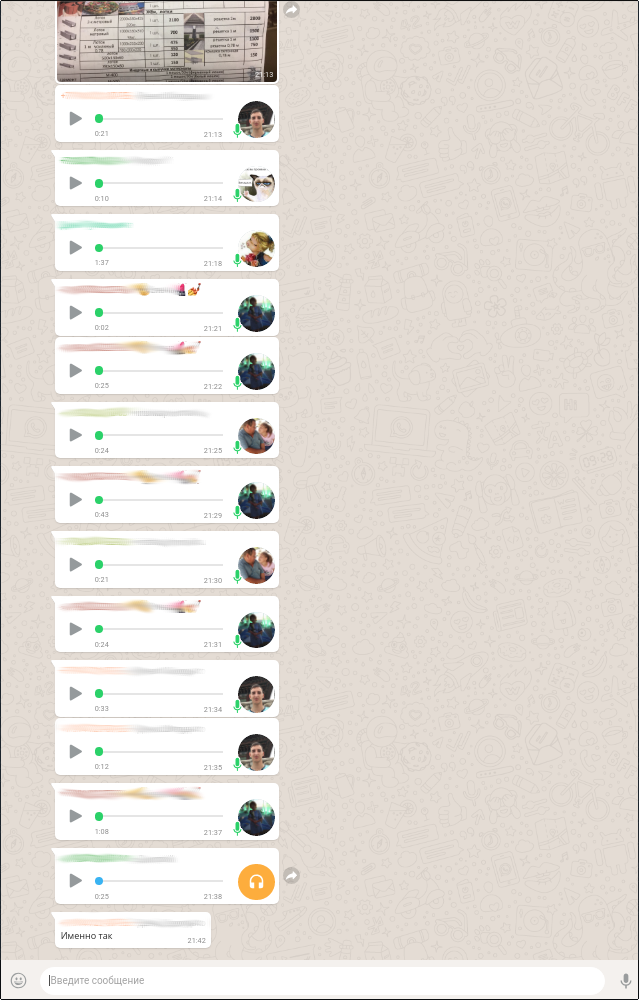 So that's all I have to say to you right now! See you next week, and be sure to stop by #twim:matrix.org with your updates!