This weekend Matrix will be well represented at FOSDEM! We'll have a stand (come visit!), but also note that we have THREE speaking slots (all on Sunday):

No Matrix Live today - look out for a special edition this weekend! 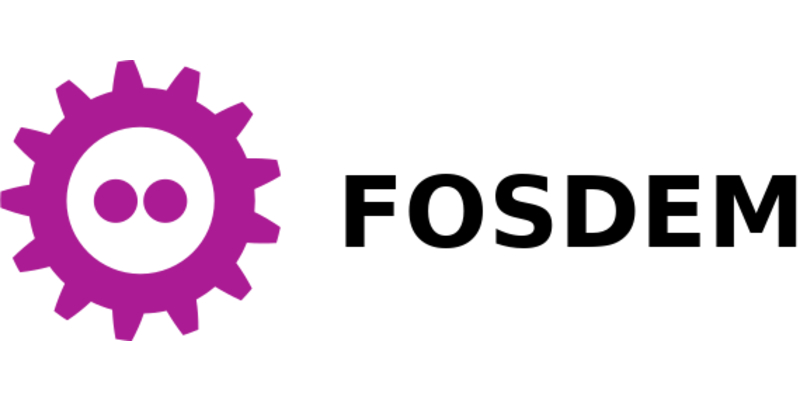 No MSCs were merged this week.

No MSCs entered FCP this week.

MSC2260: Update the auth rules for m.room.aliases events and MSC2261: Allow m.room.aliases events to be redacted by room admins are being progressed to help address ongoing alias spam, while [WIP] MSC1543: Key verification using QR codes has been updated as the feature is being implemented for cross-signing - to be demoed as FOSDEM this weekend! Sorunome's MSC2403: Add "knock" feature

The Spec Core Team is still working on implementation. Expect things to ramp up again after FOSDEM! (Looking forward to seeing some of you there!)

This week we’ve been continuing our E2EE UX bug hunt, getting Sydent ready for python 3, working on alias rules (MSC2260, 2261) and fixing some bugs in our ACME support.

Just pushed updated 1.9.1 tags for the K8s-optimized Synapse images, including support - and example config - for running with securityContext features enabled. With a separate media repo, it's now fully possible to run these images without root, and in completely read-only environment.

As always, if you have any questions check out the support channel and please consider to donate! (Thanks sooooo much to everyone who donated so far!) 🦊

matrix-slack-parser is, similar to matrix-discord-parser, a parser for slack->matrix and matrix->slack messages. It has been created over this week and does proper parsing (meaning HTML parsing and slack blocks, etc.). mx-puppet-slack already implements this, which leaves matrix-appservice-slack to follow suit! (cadair expressed interest, so looking forward to that!)

Nheko has added support kicking, inviting and banning/unbanning via the commands /kick, /invite, /ban and /unban with an optional reason specified after the userid. Kick and Ban buttons were also enabled for the userprofile. Furthermore some shortcuts for switching rooms (Ctrl+Up/Down) and paginating the timeline (PgUp/PgDown) were added. The shortcuts may change in the future though, so if those don't work for you, please give us feedback in #nheko-reborn:matrix.org or via the issue!

RiotX: the team is mainly working on cross-signing implementation and device verification with QR code. It's nearly there https://twitter.com/matrixdotorg/status/1223205391531683845 !

FluffyChat Flutter is getting a Dark Mode

Sneak Peak of the next FluffyChat Flutter Update :)

FluffyChat Flutter is getting a Dark Mode for both mobile and web. Including a AMOLED compatible color version.

I started a new Pluggable Chatbot (PCB) written in Go. Still early development, but working hard on it. Bot is pluggable, meaning more functionality can be easily added to it. Check it out at https://github.com/srados/pcb.
Currently there are two examples available: echo and uppercase.

I know it's a bit naughty to post rooms in here, but for developers looking to play around with Vue.js (with matrix), we've created a support room over at #vue:half-shot.uk