Matthew talks to Kegan and Neil about the status of P2P Matrix, and about Dendrite development.

You will know Matrix Live as a weekly video produced by the Matrix team and shared on YouTube. We are now offering the same content as an audio-only podcast, as a way of reaching more people. You can find the podcast:

Matthew on The Changelog podcast

The Changelog invited me to do a podcast on all things Matrix - the 90 minutes of high density braindump can be found over at https://changelog.com/podcast/384

We are still welcoming GSoC students who want to apply to work on Matrix projects this summer. You can browse the suggested projects list or submit your own by chatting in the appropriate project room or #gsoc:matrix.org. Student applications begin on Monday!

Matthew also mentioned the work that is going on with Dendrite P2P:

This week we’ve been working on alias abuse support, fixing a SSO limitation with user interactive auth which will allow SSO users to deactivate devices etc. We’ve also fixed a few SSO registration bugs and are currently investigating a push problem causing push to be delayed for certain users.

Next week more of the same, plus a return to Synapse performance work.

Thanks Linda for making us aware.

Quotient is getting traction again, with 0.6 release finally in sight. This week a long standing PR from aa13q has been merged with a few (still very much work-in-progress) E2EE additions. One notable change is that by default the master branch (and the upcoming release) now builds without E2EE. This is to relieve packagers from a chore of adding E2EE dependencies (QtOlm and olm) for not much merit, while the work on E2EE stack for Quotient continues. In the meantime, the recommended way of using E2EE with Quotient-backed clients is to use pantalaimon next to your client application.

One could say not much exciting stuff happened. Emily contributed a fix, that drops the filesystem access requirement from the nheko flatpaks. Otherwise I've heard someone working on hiding events in the timeline and some random branches named device-verification appeared. We'll see, where that will lead...

v1.5.13-rc.1 available on staging with some more goodies like an option for alphabetically sorted room list, an option to dismiss the read marker and a fix for the right panel causing scroll jumps. Cross-signing work continues and is tantalisingly close to completion for release!

Some folks over at #matrix-client.el:matrix.org suggested i should submit my article here. Itʼs about making matrix-client.el able to participate in encrypted rooms via Pantalaimon.

There is a new FluffyChat for Android version in the F-Droid repository:

The encryption feature still needs some testing but should be fully compatible with Riot so far.

You can find the F-Droid repository at http://fluffy.chat

We have been working mainly on cross-signing verification. The QR code verification code has landed in the SDK. Now we are attacking the UI.

Just released version 2.0.1 of the Ruby SDK - which should probably by 2.1.0 but I'm apparently quite tired today - adding support for non-final MSCs without polluting the main APIs. Currently only MSC2108 - Sync over Server Sent Events - is implemented, but more MSCs can easily be plugged in as wanted.

As always, #ruby-matrix-sdk:kittenface.studio is available for discussion and questions.

Check it out at: https://github.com/MTRNord/auto-invite-matrix-bot

My first maubot! It tracks SARS-COV-2 statistics using data from https://offloop.net/covid19/ and was inspired by BrainstormBot on freenode IRC.

It's running as @covbot:shortestpath.dev. Send !cases for world-wide stats or !cases <location> for something more specific. E.g. !cases US.

You can invite @covbot:shortestpath.dev to your own room to catch the latest.

Last week we featured a new stickerpack, Isabella, check out the composite image below! 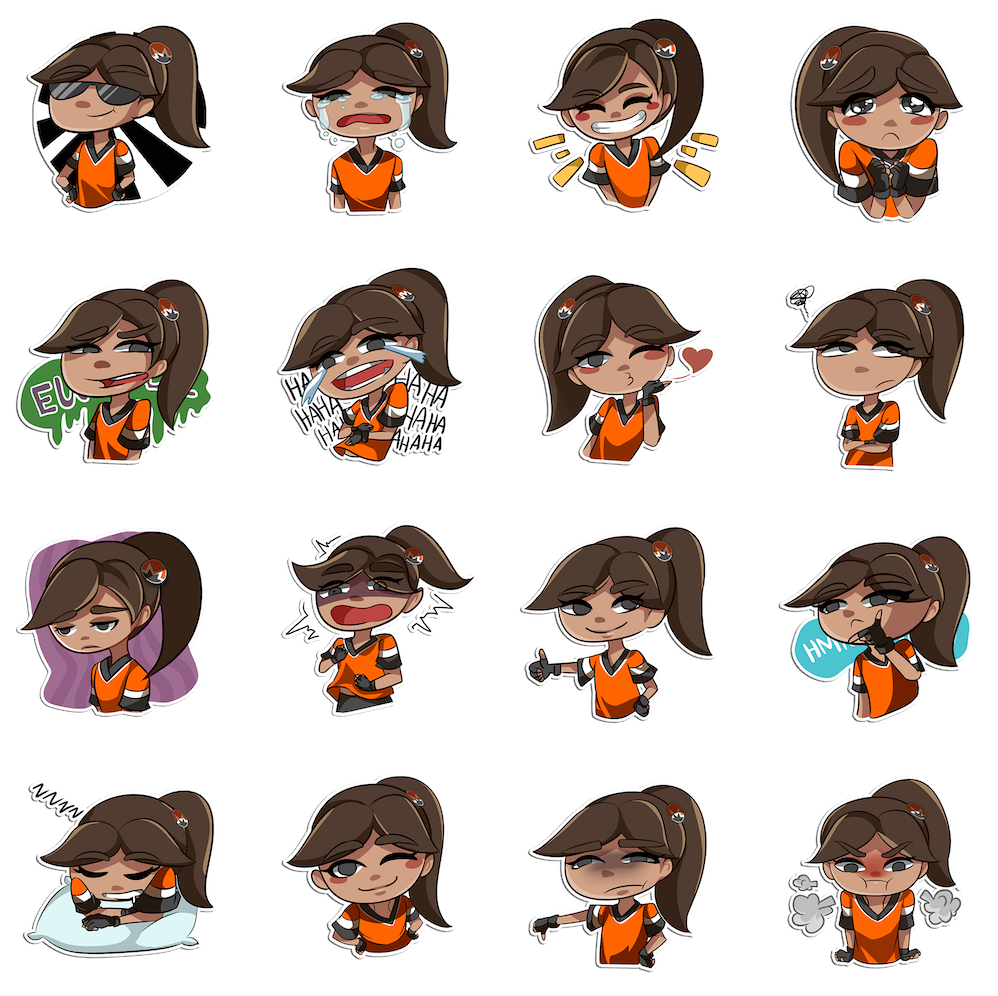 I got to use a sneak preview of Riot nightly on Electron earlier, look out for more news on that soon if that's your thing.