Something different this week as we welcomed the community to submit their own demos!

The Matrix deployment for the Bundeswehr (German Armed Forces) has gone live - details (in German) at https://messenger.bwi.de/ and https://www.bwi.de/news-blog/news/artikel/open-source-matrix-ist-einheitlicher-messenger-standard-fuer-die-bundeswehr and further coverage at https://www.egovernment-computing.de/bwi-und-bundeswehr-setzen-auf-open-source-a-980033/

Personally I would find that last one quite helpful! 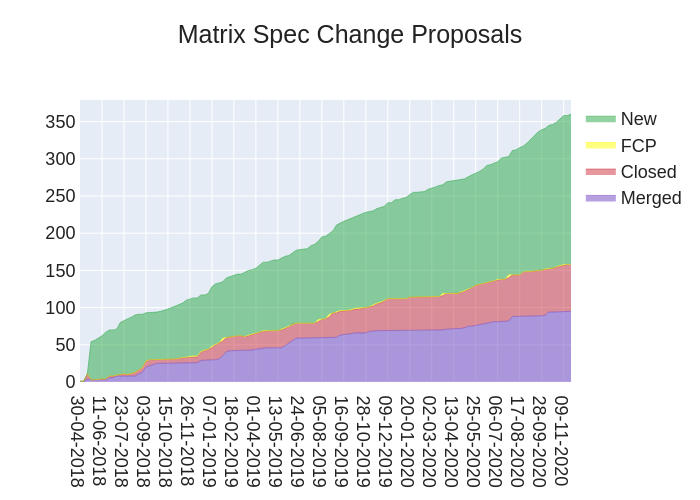 We started out this week by releasing Dendrite 0.3.0 and then ended the week with a bug-fix Dendrite 0.3.1 release.

I'd like to say thank you especially to our community contributors who have been adding new features and filling gaps!

We released Synapse 1.23.0 on Wednesday! Read all about it on the Matrix Blog. Otherwise, we'd like to highlight a few developments over the past week:

Lastly, we'd like to take this opportunity to remind you to please regularly upgrade your Synapse. Especially if you're not yet on 1.20.0, as we'll be disclosing a denial of service issue which affects older versions on Monday.

mewmew wanted to use my fork of Synapse, so I made the changes there configurable (instead of hardcoding to my user ID) and even added a readme to list the features. It might also be useful for other people who want custom room IDs and other fun stuff.

The fork is available at https://mau.dev/maunium/synapse

And just to be on time, I just pushed an updated tag and new version of my K8s container image and chart for Synapse 1.23.0

I have once again updated the Docker ARM Dendrite images for version 0.3.1.

Support for receiving EDUs from matrix (typing, read indicators and presence) has been added. Protocol implementations can start using the new events, if they want to. Version 0.1.0 has been released along with this. You have to enable the de.sorunome.msc2409.push_ephemeral flag in your registration file

The native Gitter <-> Matrix bridge is in production! 🚀🚀 We're only testing it out in a single room but feel free to come by and send a message 😀

We also have edits from the Gitter side flowing to Matrix and soon to support edits from Matrix. You can track our full progress from the GitLab epic for the native Gitter <-> Matrix bridge.

Hey, our team of colorful ponies proud to introduce you a new Matrix bridge to VK.com chats. It's powered by mx-puppet-bridge and so far supports almost all of core features people want to see, like replies, message edits and file attachments.

I released 0.0.3 a few days ago bundling a few smaller improvements like redactions, copying messages and the ability to click on more links as well as some visual cleanups. Nothing radical, but also nothing breaking (I hope). 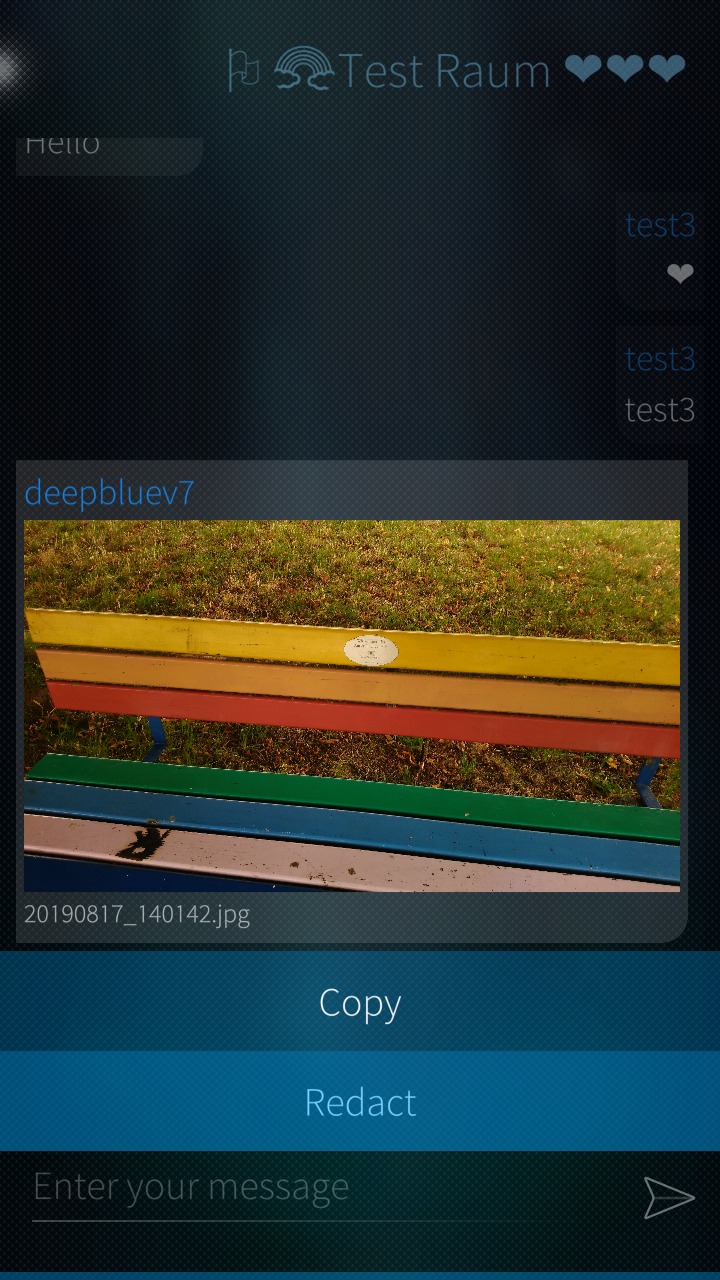 Released 0.1.30 with image uploads. There is also a new preference in the settings to scale sent images down.

Since our last update four weeks ago,

Just released version 2.2.0 of the Matrix Ruby SDK with the help of the community, with this release support for JRuby is improved - though still not perfect, in the higher-level abstraction direct messaging rooms are now exposed for all users - as well as all that the current user has, and the lower-level abstraction sees the addition of the CS API method to get an event context.

And just to reiterate; if you're using the gem - or have questions/comments about it. please do drop into the discussion room at #ruby-matrix-sdk:kittenface.studio.

As seen in the video I am working at famedly on a bot to track our work hours.

Until this happens the video gives you a sneakpeak on the functions of that bot.

Fell free to join us at #timetracking-bot:famedly.de . As soon as the repo gets opened up to public we will announce it in TWIM. Feel free to give suggestions or wishes in our room :)