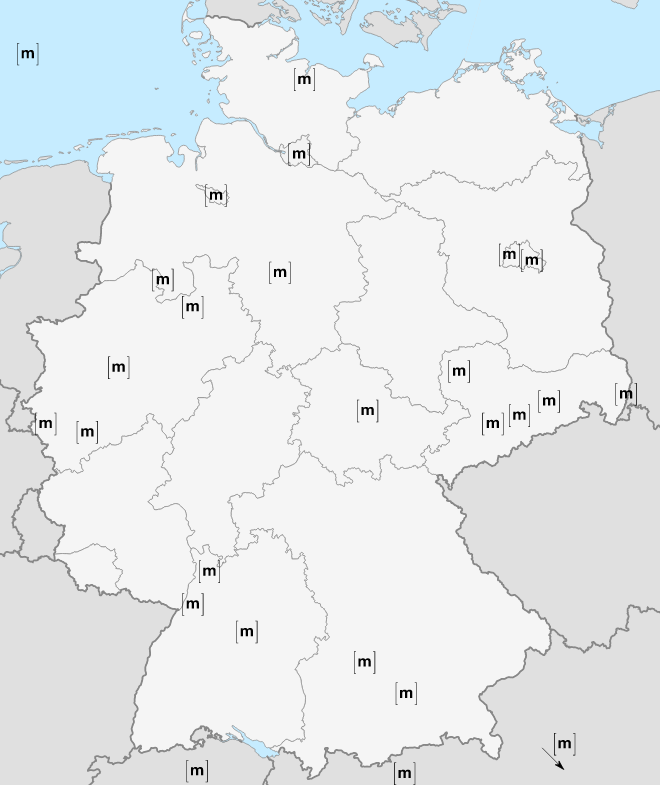 As announced last week, we're now using the Spec Core Team Backlog board to communicate progress. Check it out if you haven't seen it yet, and ask questions in #matrix-spec:matrix.org if you have any 🙂 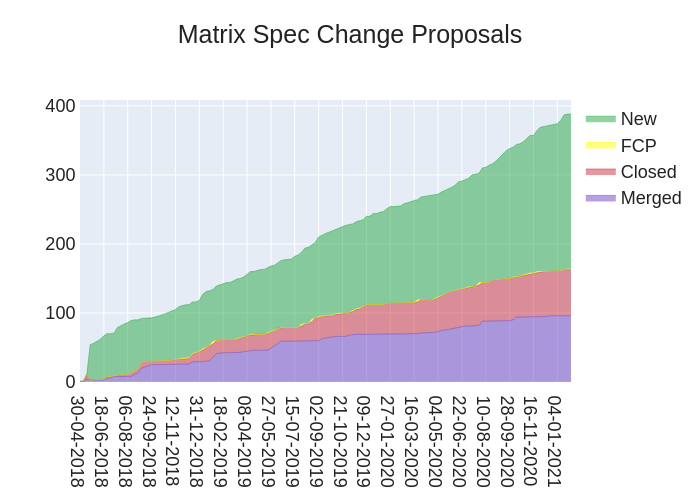 One week 'til FOSDEM!

In addition to several talks specifically about Matrix, Synapse's own Brendan Abolivier will be speaking in the Community devroom on Mental health and free software: What I wish I’d been told before I got into free software, and more. Check it out!

We expect to publish a release candidate for 1.27.0 early next week, but we're trying to be conservative about large changes ahead of FOSDEM, so knocking — which is coming! — will have to wait until 1.28.0... 🚪

Dendrite 0.3.8 was released this week! Simple changelog this time:

A well-known lookup regression in version 0.3.7 has been fixed

Just released the 1.26.0 version of the K8s-optimized image and chart.

(Not sure how this message will do though, been down the last few days for a database upgrade)

Success: the message did great!

Hey folks! It's been a while since we've had an update but things are always manic at bridge HQ. This release is a bit of a whopper containing quite a few bugfixes (including improvements to the experimental encrypted bridge support). We've also updated to Typescript 4.1 which is a bit stricter on those promise return types. Finally, you can now create intents on the bridge and use it's components without starting the HTTP listener which has been a longstanding issue for as long as I've been maintaining.

So go out there and test this release, all going well we should 🚢 early next week!

If only you knew what else this guy was working on. More to be shared soon-ish. I hope!

FluffyChat 0.26.1 has been released today with updated translations, support for Unified Push (https://github.com/UnifiedPush/) and some bug fixes. The Linux Desktop version is fully functional again and the app is much more stable than ever now. We are working hard to bring FluffyChat to the official iOS AppStore next week! :-)

I reinstalled Fluffychat this week as I attempted to support some less-technically-minded friends, and was VERY impressed. If you've tried FluffyChat in the past but missed recent versions I suggest you have another go.

On Wednesday we released version 0.8.1 of Nheko! It's mostly a bugfix release of 0.8.0, but it does bring some new features here and there:

Flathub and other repo updates may take a bit, but in the mean time you can try building it yourself or one of our provided stable downloads. Thank you for all the feedback so far and I'm glad a lot of people seem to be enjoying it so far! All the feedback, bugfixes and issues you provided certainly will help improving Nheko for everyone!

Apart from the current releases, we have a few things cooking right now:

Yes, I have tried to avoid them for long, but I am finally working on it. It's a bit different to how Element and others do it, but it also generates a fallback to be compatible with the current MSCs where possible. I've grown a bit tired of having to explain myself everytime, why I did not want to support edits (yet), so I'm experimenting with a few solutions now. Expect a blog post summarizing those experiments in the future and maybe an MSC.

Jedi18 and LorenDB are both busy polishing up the rough corners in Nheko, like finally being able to set your username and avatar in the UI as well as being able to copy text via right click, jdenticons and other fancy stuff. We also had a few contributions in the last release, which should improve the UX a lot.

Furthermore we will be participating in GSoC (if matrix.org gets accepted) and will probably mentor a student, that implements a few of the smaller features, which users may be missing after using Element for long.

I think that is all I wanted to share. I hope you enjoy the release and if you have any issues or feature requests, tell us in #nheko:nheko.im or open an issue on Github!

Since the project is already fairly rich in features, I decided that it's timely (some would say - way overdue) to bump up the version a bit. In that light, the next Quaternion beta is numbered 0.0.95 beta 3 (no four-number version any more) and it's out now! Release notes list notable changes since (0.0.9.5) beta 2, with two most significant being ability to enter messages in Markdown and the overhauled timeline that allows you to easily discern between already read and yet unread messages and also quickly scroll to the read marker. 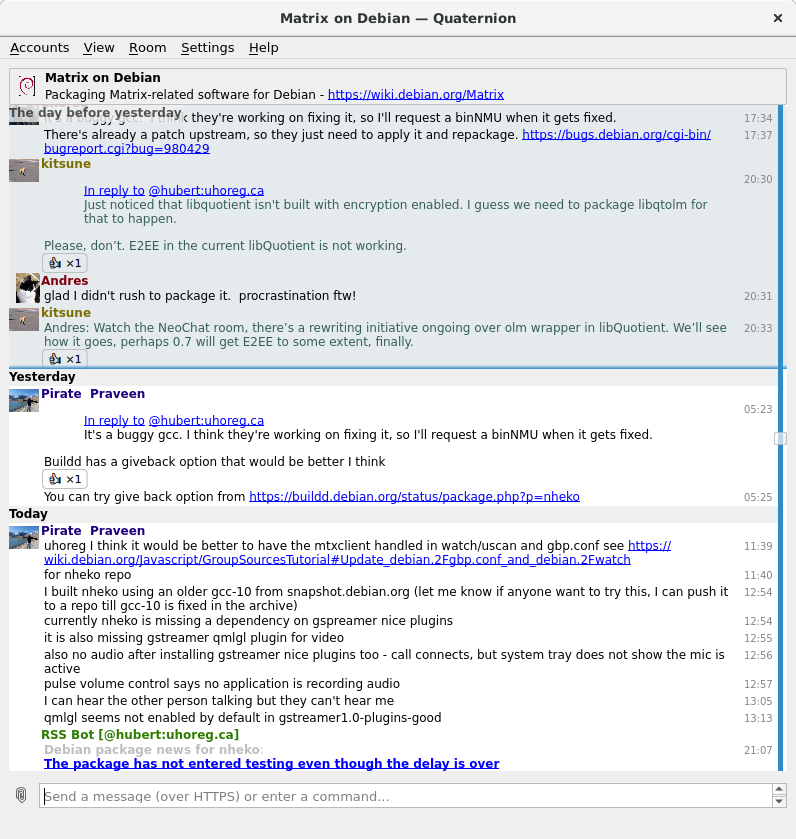 Neil reported on behalf of the teams:

It's been a really long time since an update on ruma/state-res but work has continued!

Conduit continues its use of state-res, which has helped workout the kinks and buggy bits.

Just a small dev update on things that currently happen over at the Serverlist project "Keymaker" and its companion bot.

Beeper has continued to make headlines, and is now being reported around the world:

Beeper was mentioned in one of the two biggest argentinian newspapers! 😮🙌 https://www.lanacion.com.ar/tecnologia/todo-en-uno-este-es-beeper-el-chat-universal-que-promete-usar-whatsapp-signal-y-telegram-en-un-solo-nid22012021/

There was a pause, as we wondered how the other biggest Argentinian newspaper would react, and it was worth the wait! Andy soon announced:

And now the other biggest newspaper of Argentina wrote an article about Beeper (Matrix is mentioned about half-through the article)!

Anything that goes in Argentina is sure to make waves in Poland, and so it was that Polish media picked up on the story.

Beeper has made it to Polish media too, guys :P

The title: "A new multi-messaging platform has arrived. It's creators will send you an old iPhone so you can even use iMessage"

Discussing the sharing of code and ideas with Tobias from NeoChat, Nico (@deepbluev7:neko.dev) said:

There really is no stealing, it's more helping each other out and improving things for everyone, users and developers alike. We are not corporations competing, we are one free software community :3

Which I thought was very astute, and decided to include here.

It's FOSDEM next weekend, and we are manically preparing for it. Should be a good one!