Just keep the date in mind as you read these updates from the community. 😉

MSC3079: Low bandwidth CS API is now up, feedback is welcome! Low bandwidth will increase mobile battery life, allow Matrix to be used over low bitrate links (1-5Kbps) and even allow push notifications to be done natively over Matrix (as /sync is now efficient)! We'll be experimenting with this some more and hopefully even enable it on some servers like dendrite.matrix.org in the near future.

The Spec Core Team had another retro this week. We're happy with the increased amount of MSCs flowing through the pipeline, but there's still a huge amount of work to get through, mainly revolving around prioritisation.

Don't let that keep you from sending in your well-formed MSCs however - the more the merrier!

The unstable version of the spec now lives entirely on https://spec.matrix.org! Redirects have been put in place from the old spec to the new for unstable. Stable versions will be moved over in time (and the redirects will hopefully better preserve url paths!).

We're also planning to unfreeze the spec shortly so that spec PRs can start flowing again. We now just need to clear up the old buildtools from the matrix-doc. 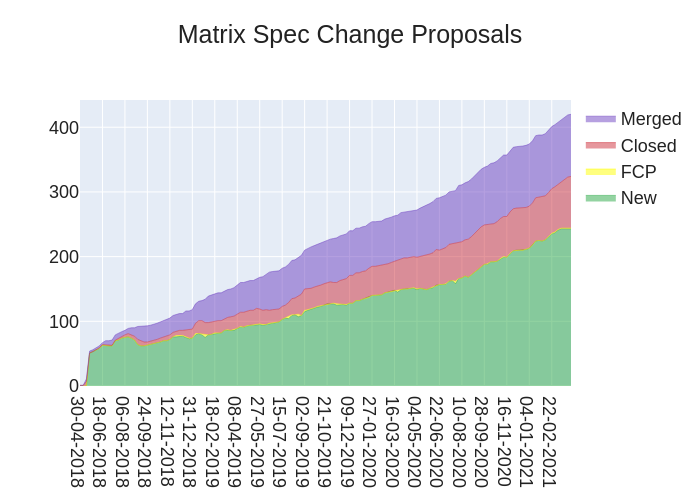 🚪Knock, knock? MSC2403: Add "knock" feature was merged! Now we have a stable target to aim at for implementing knocking support in Synapse. Knocking is part of (well, the entirety of) the forthcoming room version 7.

Not much else to report this week -- it's been a short week, and much of the team is heads down figuring out goals for Q2. With the start of the new quarter, a few Element employees are rotating their responsibilities: richvdh has wrapped up his work on social login and will be focusing more on core platform, with clokep shifting to focus on Spaces. Meanwhile, babolivier will come back into Synapse / Sygnal / Sydent land.

From all of us the Synapse team, we hope you have a great weekend and we'll see you next week!

Big announcement day! It's been a long time cooking in secret, but today Nheko finally got legs! 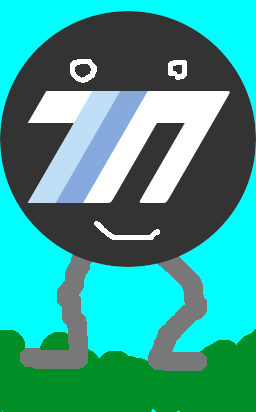 We are happy to announce, that Nheko got aquired by Google and will now be shipping on Android!

Google already contributed a few important improvements. All your messages are now sent in rainbow colors, because inclusivity is very important and we feel like no color should get excluded in a message. We also merged some crypto code to make indexing messages easier and help governments to protect our users.

With great new things sometimes also come sad things. As such we sadly have to announce, that Windows, macOS and Linux will now be degraded to secondary platforms. Primary development target will just be Android and Haiku. The former is the most widely used operating system nowadays and Haiku is the only actual desktop operating system. We are sure this won't lead to such a degraded experience on those platform, just because they are now effectively unmaintained.

We hope you love this day as much as we do and if you are not reading this at the day of publication, we ask you to please check the date and mark it in your calendar, so that we can celebrate next year!

If you are reading this at a later day, please consider the following changes canonical:

That's everything and have a lovely day!

Update: I’ve made the following changes to Watch The Matrix since first sharing it:

Two weeks ago, we held elections in the Netherlands and I went around the bigger political parties to ask them what concrete goals/ideas/plans they had to fight big tech companies.

And the best concrete solution I've heard, I'm not kidding, was that they're happy with the GDPR and that they want to keep that.

Knowledge of the internet is pretty dire in the EU, and I wanted to educate people a little. So I made a video explaining what a decentralized open communication network is: https://youtu.be/v5Y8zCwIxjI

Additionally, I wrote an article for people and politicians to read through, where I share my opinion on how and why the EU should encourage companies to allow for interoperability: https://noordstar.me/b/decentralize.md

Element, the company which employs much of the Matrix core team, is growing! Element are hiring for a number of different roles, 14 of which are currently listed and spec'd.

However, also note what's written at the end of the page:

Can’t find the right role? Feel free to reach out to Mischa (@mischawalmsley:matrix.org) via https://app.element.io or email your resume to [email protected] to be considered for new positions in the future.