This week my guest is Greg who's been organising the Ansible Contributor Summit on Matrix, and who is happy about it!

Matrix v1.1 was released! Read the blog post here if you missed it; it summarises everything that's new in v1.1, as well as plans for the future. Now that the new spec build pipeline and release infrastructure is in place, we're aiming for roughly quarterly releases going forward. Thank you all for being so patient in the meantime!

The random spec of the week is... MSC1767: Extensible event types & fallback in Matrix (v2) (yes it really chose that).

Extensible events is something that has been a long time coming in Matrix. It unlocks so much potential, and is even currently being built on (see MSC3381 (polls)). Definitely one of the next big ticket items to tackle in the medium term. 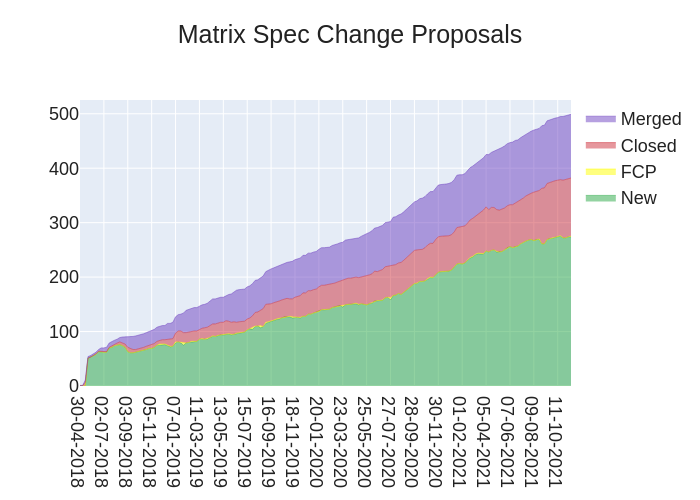 Dan (aka callahad) is away this week, so let me report on his behalf.

We cut a release candidate for Synapse (1.47.0rc2, but see the changelog for rc1). It exposes new functionality for pluggable modules and new endpoints to the Admin API. We've fixed a bunch of long-standing bugs and continued to drive forward efforts to improve documentation and code quality. Thank you to all of our contributors!

With future releaes in mind, we've been continuing work to support threading and E2EE application services. We've also been prototyping a new Admin API to remove users from all rooms belonging to a certain space.

Elsewhere, we've been doubling down on our effort to improve reliability and maintainability of our services as a whole. Sydent and Sygnal have a number of PRs in flight for both, aimed at improving type coverage and driving down error noise in the logs. We've drafted a blog post to summarise the process of type annotating mypy (keep your eyes out for that one). We also worked to make the matrix.org database more resilient, and made changes to improve the experience of rolling out upgrades to Synapse en masse.

Another week, another update on my Helm Charts - seeing element-web bumped to 1.9.4

Vermicularis is a script for forwarding messages from Päikky to Matrix. Päikky is a parent-teacher communication website and mobile app for daycare and pre-school. git clone https://k2c42.dy.fi/git/vermicularis.git and join #paikky:ellipsis.fi to give feedback

Päikky was created by a group of parents who wanted to make communication with daycare staff easier. They started a company and later sold it to Abilita. Päikky is currently used in 40+ municipalities in Finland and also in some private daycare companies too.

Päikky is also used for reserving daycare times for kids.

Not much going on this week. Hopefully the reconnect refactor doesn't cause any breakage as it fixed multiple issues that have been around since the inception of Heisenbridge.

Vacuum your fix from GitHub, PyPI or matrix-docker-ansible-deploy!

I guess not. For that reason bug fixing in Nheko for the next release continues. We fixed a super annoying issue, where loading keys from the online backup could make Nheko stuck in a flickering mode with no way to interact with it anymore. You can now also click anywhere on a read receipt to open someones profile instead of just their avaitar, edited messages now also show as redacted, if only the original message got redacted and don't lose the reply in encrypted rooms, if the edit was sent by a client, that is not Nheko. You also used to get logged out after registration, which should finally be resolved. There were also a bazillion translation updates! Thank you, everyone who contributed to those.

We also finally merged the prettier video player, which also fixes a video playback issue on macOS. Try it out and give us feedback on it!

We are still hunting down some last bugs, but expect the release soon now. In the meantime, I did start summarizing the changes, if you want to see what will be in the next release: https://github.com/Nheko-Reborn/nheko/blob/master/CHANGELOG.md#090----unreleased

That's all and have a great weekend! 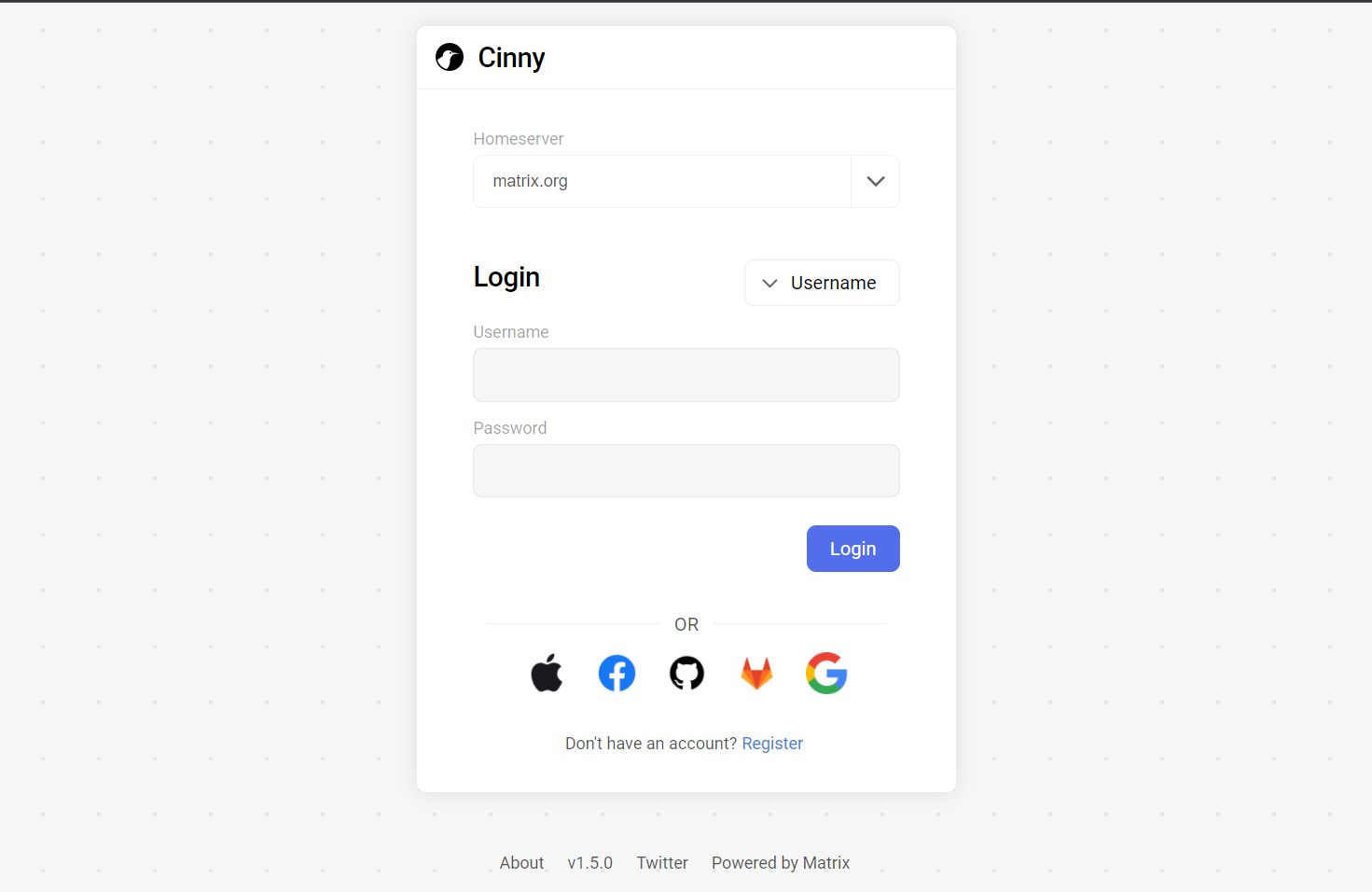 The time command, but it sends the output to a Matrix room

A time-like command that will send end of an arbitrary command output and some other info (like exit status) to matrix room. Useful when you need to run something in terminal and get a ping when it's done.

Since the last ttm news in TWIM new options were added:

Source code, releases for all major platform and architectures, and #ttm:etke.cc room

Version 2.2.0 adds support for authentication via access_tokens. In addition to username/access_token, it is possible to authenticate using username/password and login(SSO) token.

Hello again! Halcyon is a Matrix bot library created with the intention of being easy to install and use. This release brings minor non-breaking features and some bug fixes:

More info at on the project at https://github.com/WesR/Halcyon . Come by and chat with us over in https://matrix.to/#/#halcyon:blackline.xyz

Heads up for those in Berlin. You're welcome to join us Tuesday, 16th Nov at 7:00 PM chatting about Matrix development and hosting. We're going to meet in person at c-base. In compliance with the hackerspace's house rules this is a strict 2G event.

We'll talk about everyone's Matrix projects, test the P2P demo via Bluetooth in person and plan the presence of Matrix at the rC3 event happening in the c-base shortly before New Years.

If possible, join our #matrix-berlin:matrix.org room.

"Sign in with Matrix" is a web component, which developers can use to build a web login using Matrix account