The Adventures of TWIM bot

Last week the Matrix Scientists had turned this room into a portal to TWIM bot's ship tank so we could all fuel it with news about our work. The spec and hookshot news were reported late when the tank was already full, sending TWIM bot's ship into hyperspeed mode 🚀

We lost contact with the bot for a few days but managed to restore a connection with it. It appeared to have crashed on the green planet of Fuj'ehr. Its ship shattered in pieces at impact! 💥

The bot managed to find most of them, but some critical pieces of the engine were missing. We needed to find those pieces quickly before the mushy ground of Fuj'ehr swallows them forever! 😱

The Editor has asked the Matrix Scientists to reconfigure the room and bridge it to TWIM bot's navigation tools. Each news report highlighted the position of a piece of engine on its map. 🗺️

This week my guests are the FluffyChat and MinesTRIX maintainers, following the v1 release of the simple and beautiful FluffyChat… and they want to work together!

Version numbers of each homeserver, updated daily using a GitHub Action, are now added onto my public homeserver list, in hopes that it will further aid those choosing a homeserver to use Matrix on.

Very handy to quickly know if a server is well maintained or not before making it your new home!

Extensible events are coming! With lots of potential usecases to be built on top of the concept (such as threading, polls, and any type of data one would like to through on top of existing room events), extensible events are finally getting some love. New MSCs are available above, which detail some of these usecases. Exciting times!

A small correction from last week's issue: the next aggregations MSC to be focused on (after MSC2675 (serverside aggregations) is MSC2677 (annotations and reactions), as it's a more pressing blocker for usecases such as threading and polls.

Otherwise, the Spec Core Team is continuing to wind down in preparation for the holidays ☃️

The random spec of the week is... MSC3015: Room state personal overrides.

Quite a novel concept, and one that would enable many usecases, such as the ones described in the MSC itself. Check it out if that's something that interests you! 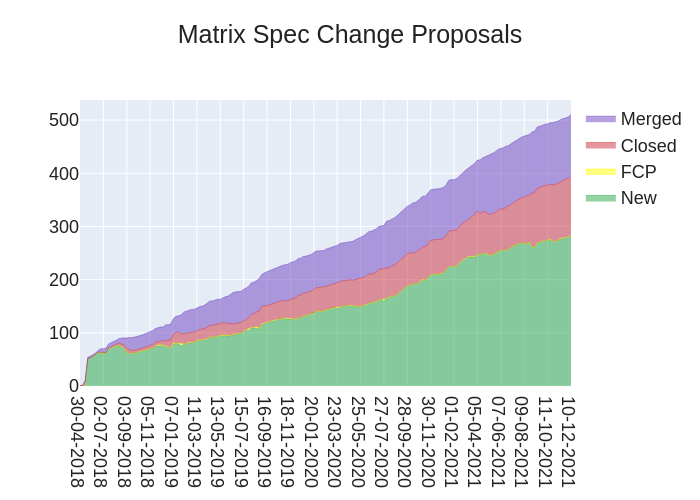 This week we cut Synapse release candidate 1.49.0rc1 It includes a bunch of work to supporta plethora of MSCs (MSC 2675, MSC3030, MSC2918, MSC2946), a crop of bugfixes and improvements to our documentation which incorporate Synapse's old wiki. And as ever, there's a bunch of internal type hinting to keep the Synapse team's blood pressure at healthy levels.

Please note: Synapse 1.49 will be the last version to support Python 3.6, PostrgreSQL 9.6, and Ubuntu 18.04 LTS (Bionic): by our next release, these will have reached their upstream end-of-life. If you're reliant on any of these platforms, please ensure you have plans to upgrade.

In other news, we're preparing to release a new version of Sygnal with a series of fixes for common errors. This should make Sygnal administrators much happier by removing an awful lot of error spam from logs!

Sydent is the reference Matrix Identity server. It provides a lookup service, so that you can find a Matrix user via their email address or phone number (if they have chosen to share it).

This week has seen yet another set of updates to my Helm Charts, with element-web being bumped to 1.9.6 and matrix-synapse seeing fixes to non-standard port configurations and better support for modern ingressClass handling.

If you are using Nheko on a mobile device like the PinePhone, you should now be able to swipe between the room list and the spaces list. Since I don't use a PinePhone, feedback will be appreciated! 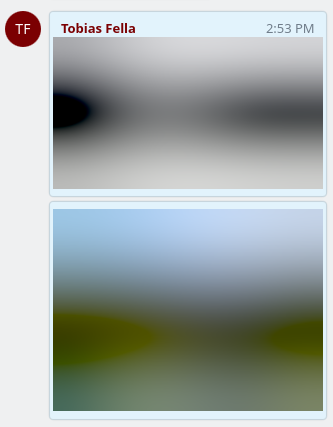 From the experimental MSC3030 implementation merge to Synapse update in TWIM last week, we now also have the start of some client usage in Element to make featureful jump to date headers!

If you've ever tried to find a message back in the past, you've experienced the burdensome task of having to scroll back manually for days, even months! With the jump to date headers, that will be a thing of the past 😌. Clicking any date separator in the room timeline, will give shortcuts to jump to last week, last month, jump to any date using the date picker, or even the beginning of the room to follow a room upgrade chain. 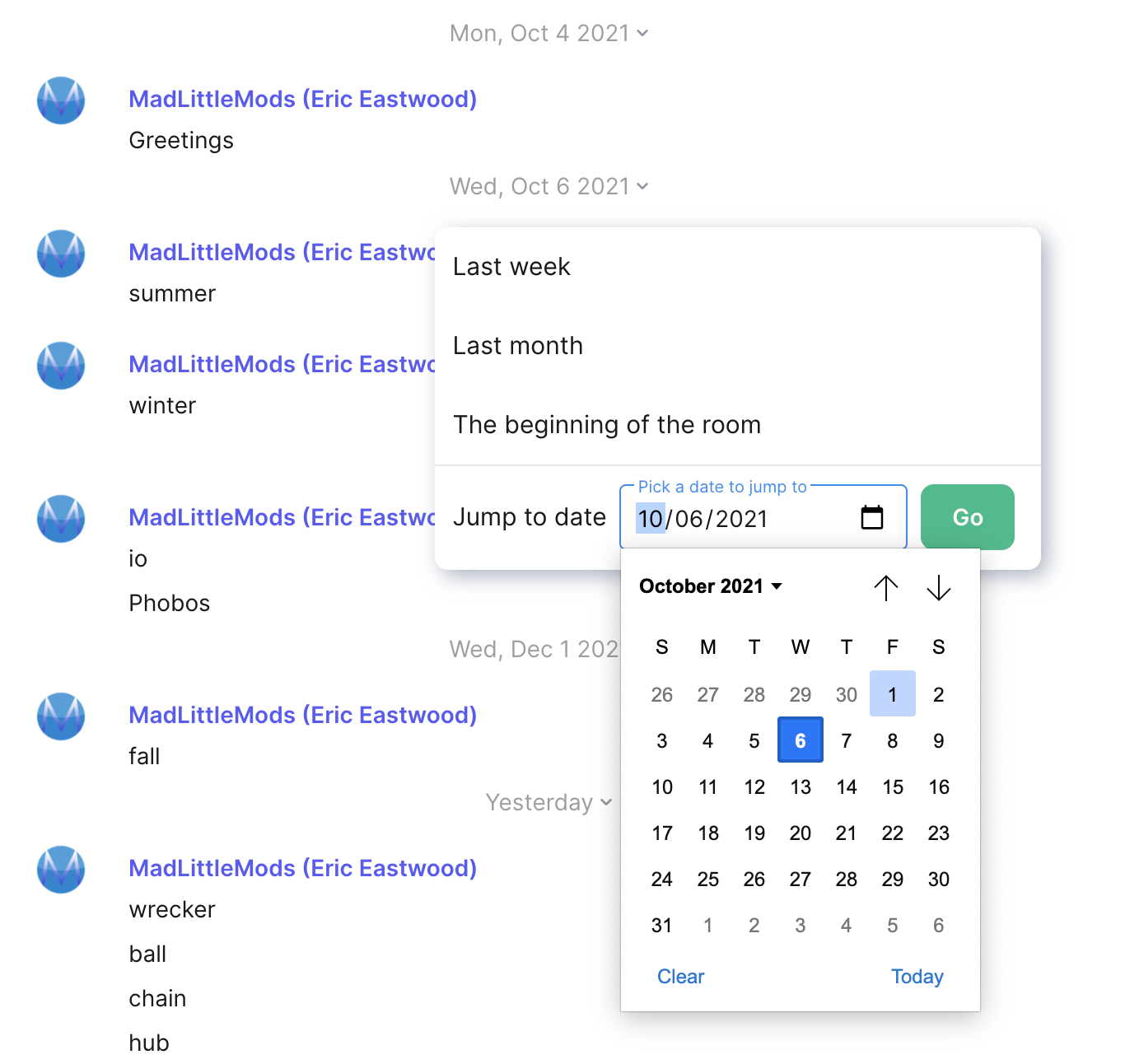 This is currently still in a draft pull request state but will give another update when it lands in Element Labs for everyone to use.

Commune is a communications suite built on top of matrix. Commune aims to bring together chat, discussions, email and other interactive apps into a single matrix client.

So here’s the thing ahq (dev) and I (product) have been working on: https://github.com/commune-org/commune It’s a chat/forum hybrid. Still in pre-alpha, proof-of-concept stage. 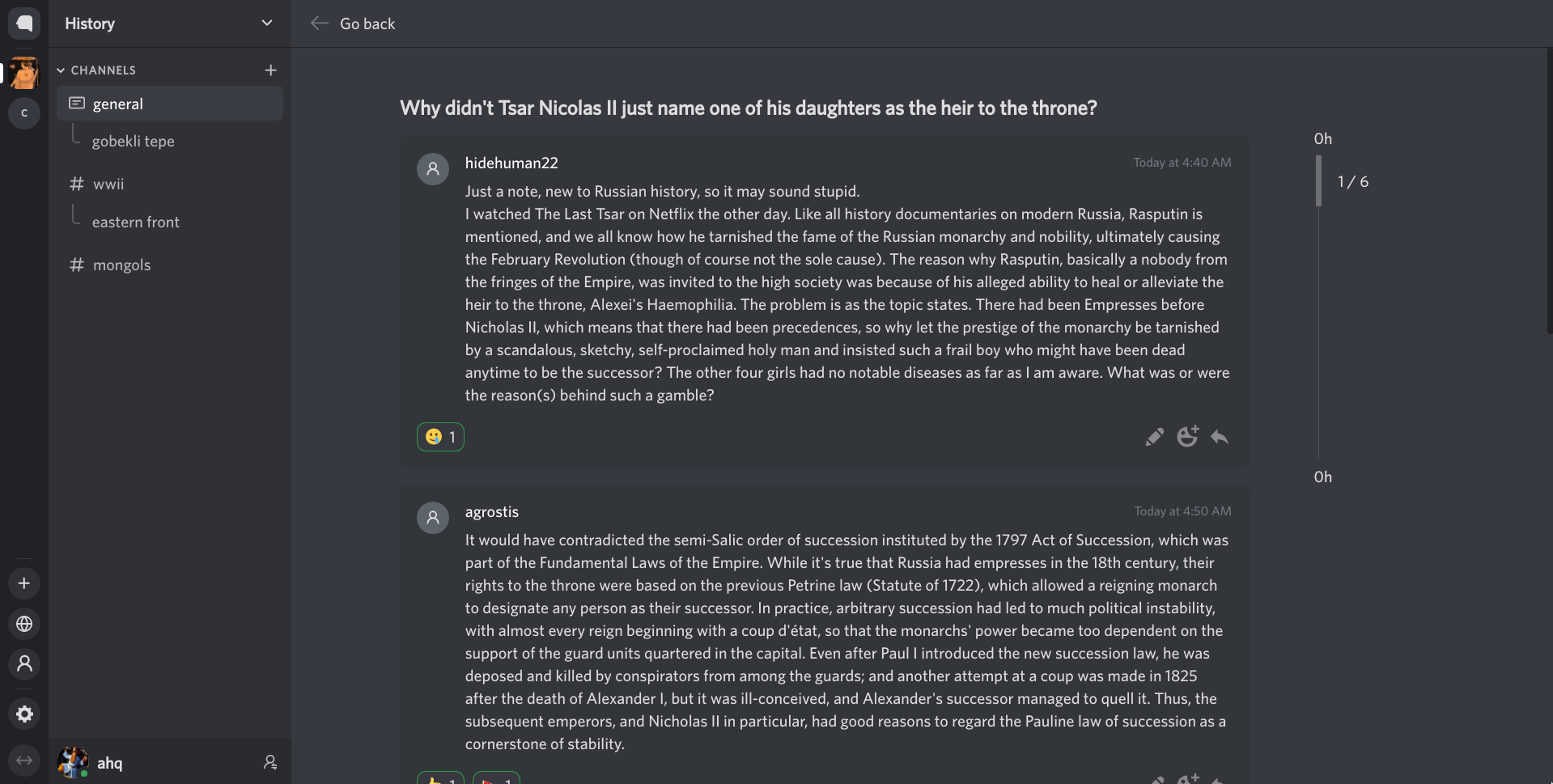 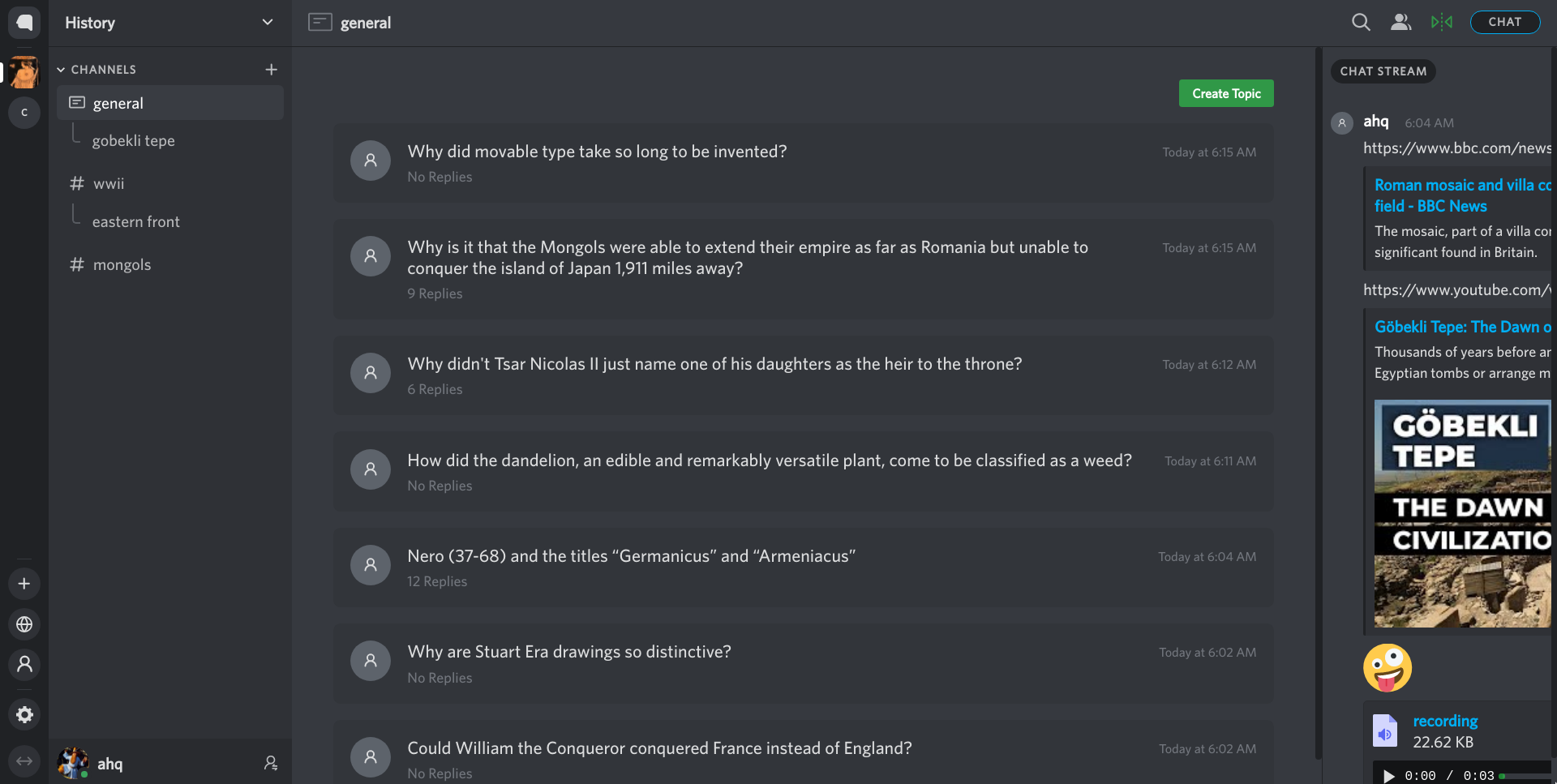 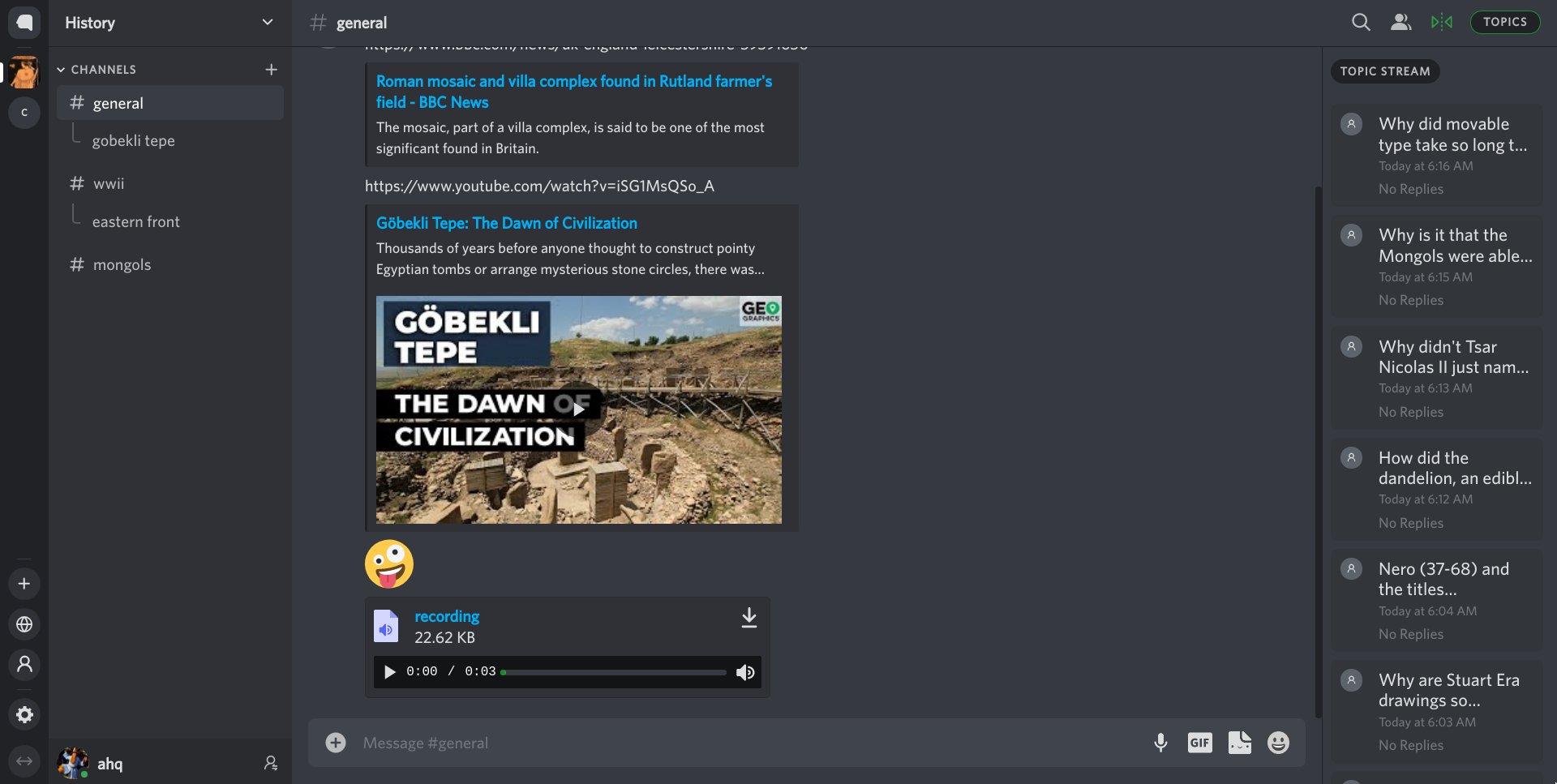 TWIM I wrote a Matrix powered stream overlay for OBS, to integrate live chat in your favorite (selfhosted) streaming setups. Was a great little 2 evening project to develop while livestreaming it's development :)

jOlm has seen two releases since the previous update, v1.0.7 and v1.0.8. jOlm now supports (and requires at least) the latest libolm version 3.2.7. Please note that we deprecated a number of methods in favor of renamed siblings. The majority of the old ones will be removed in the upcoming jOlm 1.1 release, likely published soon after libolm's announced security release on Dec. 13th. Please follow suit and update your implementations accordingly.

If you've got room for more video content, I also said more things about bridges. In this one, we do a live code session for a twilio bridge and watch it fly! https://www.youtube.com/watch?v=S5q3FLLvRn4

Wily Messenger is in POC stage, missing i.e. encryption at the moment, among others. We are committed to develop it further and invite a Kotlin developer to join our journey. DM @hp:hq.wily.im

We've set up a new Element Space for the Element family of clients and projects, finally. Feel free to join it at #community:element.io and be sure to check out #community:matrix.org while you're there for everything Matrix related.

There's also #element-translators:matrix.org for the Element Translators community out there.

The Adventures of TWIM bot continued

The members of the Federation have been very active and helped TWIM bot to find all the pieces of its ship! TWIM bot assembled everything together and put the engine back in its place... but at the last moment, as it was ready to take off, another bright spot appeared on the map following madlittlemods late report!

How could this happen? All the pieces of the engine were already there! Unsure of what to do, the bot asked Earth for directions. Earth confirmed: it was worth going to that new bright spot on the map.

The bot welded back the plate of the engine casing, made sure nothing could get into the ship in its absence, and started heading to the mysterious spot. The signal of our communication tools with TWIM bot weakens as it enters in the thick forest of Fuj'ehr…