This week my guest is Adam who created the minimalistic Android client your family wants… by accident. And Adam has more ideas for the future.

In terms of Spec Core Team MSC focus for this week, we've mostly been working on our existing projects. Unfortunately this means little to report this week, but if there's something that needs out attention then please mention it in #sct-office:matrix.org 🙂 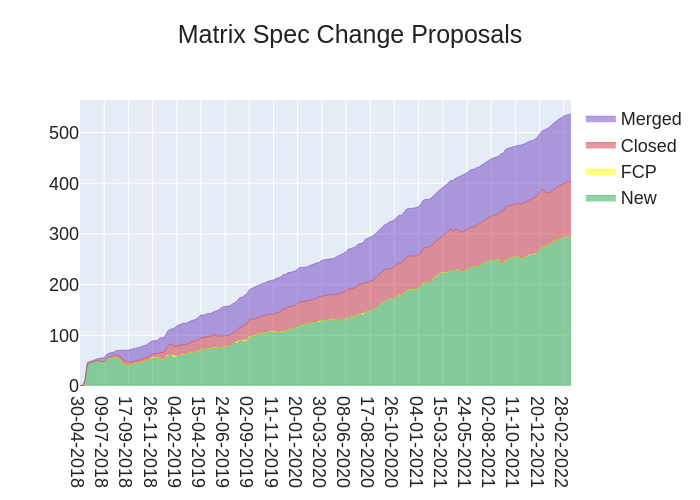 Things have been relatively quiet on the P2P front recently as we have been working on fixing bugs in Dendrite, but we will be releasing build 94 of the P2P demos for iOS and for Android soon, which feature new fair queuing in Pinecone. This should help to reduce congestion from single nodes. It also includes all of the latest Dendrite updates.

The demos are still very rough around the edges — join us in #p2p:matrix.org for discussion!

Hello everyone. It's been a quieter week for the Synapse team---many of us are away this week.

We released Synapse 1.55.0rc1 yesterday, a little later than usual. A full release is still planned for the coming Tuesday (22nd March). Please note that this release breaks compatibility with Mjolnir 1.3.1 and earlier. Administrators using Mjolnir should ensure it is upgraded before upgrading Synapse to 1.55.0rc1.

Please feel free to try it out and let us know how you get on: either in the #synapse:matrix.org or on GitHub if you encounter any unexplained problems. As ever, many thanks to all contributors involved.

Behind the scenes we've been working on a few longer-term projects:

Hopefully we'll see these plans come to fruition over the coming weeks.

This week brings some bugfixes to DMs, and general improvements to the way channels are synced on startup.

I've also written some setup instructions to assist anyone wanting to try this bridge out for themselves!

As for bugs, I just stumbled upon a big one just now: if a KakaoTalk channel hasn't had activity for a few days, sending a message in its Matrix portal may crash. This happens because of the KakaoTalk API's apparent eagerness in forgetting about inactive channels (IIRC content that's a few weeks old is deleted from their servers, for privacy reasons), and the likely fix is for the bridge to use the right API calls to trigger those channels back into an active state before trying to interact with them.

Once that's fixed, the next thing I'll get out of the way (for the sake of completeness) is the web-based login interface, which all of the other mautrix-python bridges support (and is quite nice for privacy-conscious users that would rather send their KakaoTalk passwords directly to the bridge, instead of through a Matrix homeserver).

After that, I'll work on contact searching & inviting contacts to group chats or DMs.

After our release last week, of course all the bugreports came out of the woodworks. As such we fixed issues with device ids being set incorrectly after SSO, screensharing, overlapping in the reply popup and UIA flows without fallback support like https://github.com/devture/matrix-synapse-shared-secret-auth showing up as UIA stages. Key backup is also now enabled by default (if it has the correct signatures and everything), various layouting fixes and more.

We'll probably make a bugfix release in the next few days.

I have been working on integrating MSC3575: Sliding Sync into Element-Web. This is a pretty large endeavour but there has been a lot of progress on it already!

There now exists a JS-SDK PR to add the core bits of Sliding Sync (along with E2EE/to-device extensions), and a React-SDK branch which adds the Labs flag, config.json section for the proxy URL, and sets up room subscriptions when you select a room. The net result?

This is still early days: you cannot scroll the room list yet and there's still many outstanding issues to fix before it can land on mainline, but it's at the stage where it's almost ready for people to try out. Watch this space...

Our metaverse-on-matrix project is progressing quickly!

More design work is happening as well, here's our latest from Rian 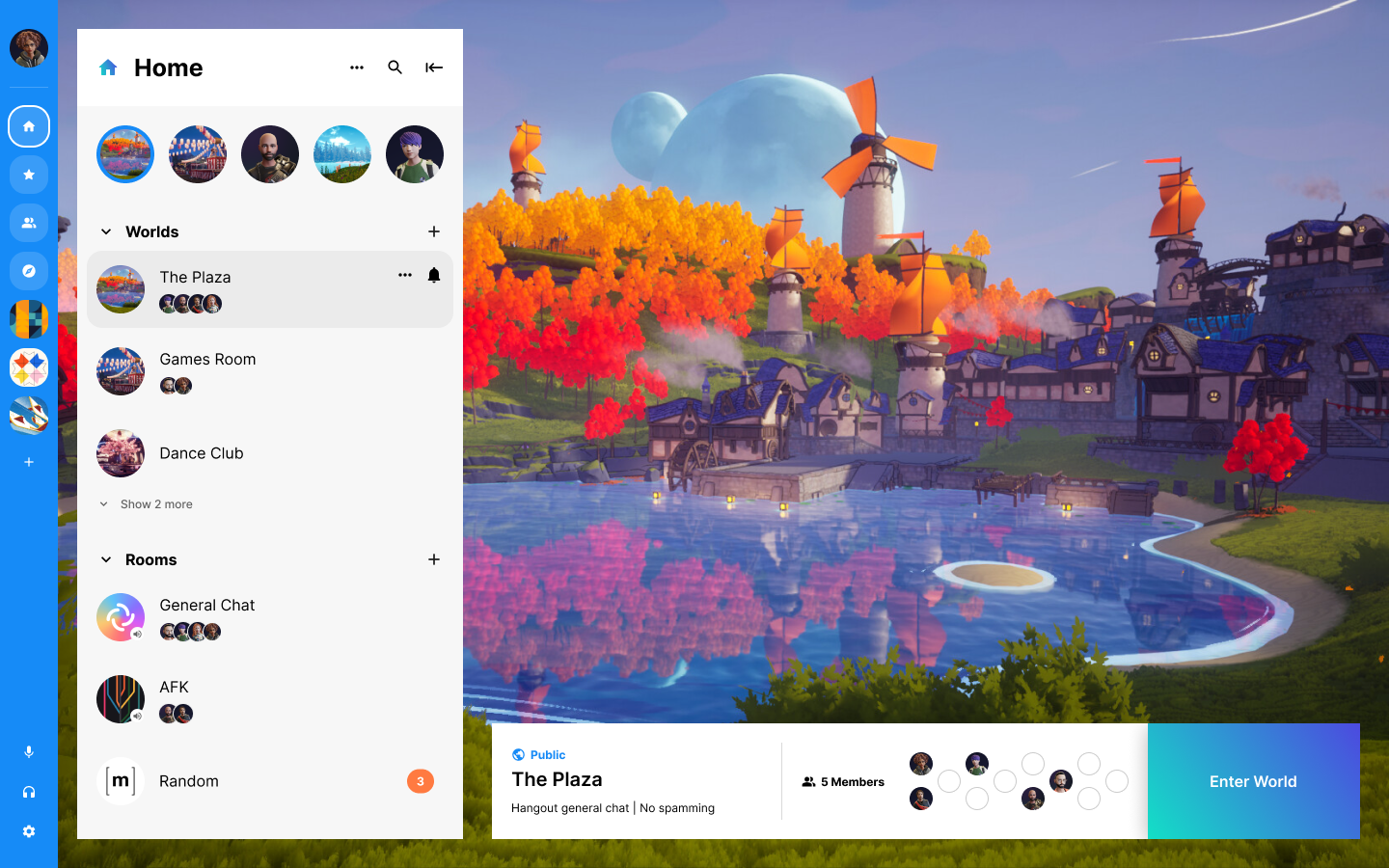 Want to purge a space recursively? Matrix Wrench now has a button for that. It will try to fetch a list of all sub spaces and rooms and offer you to delete them via the Synapse Admin API.

Also, you can now knock on rooms and the room lists allow to navigate to a room page by clicking on a room ID.

Next up will likely be searchable lists for rooms and users as well as other usability and layout improvements. The goal is to have a nice-looking, stable v1.0 release for its anniversary on 13th June. I'm looking for help with design and documentation.

Nothing user-facing changed last week, but this week:

In the last few weeks,

Additionally, these things have been in progress for a while and deserve a mention as well even though they're not finished yet: