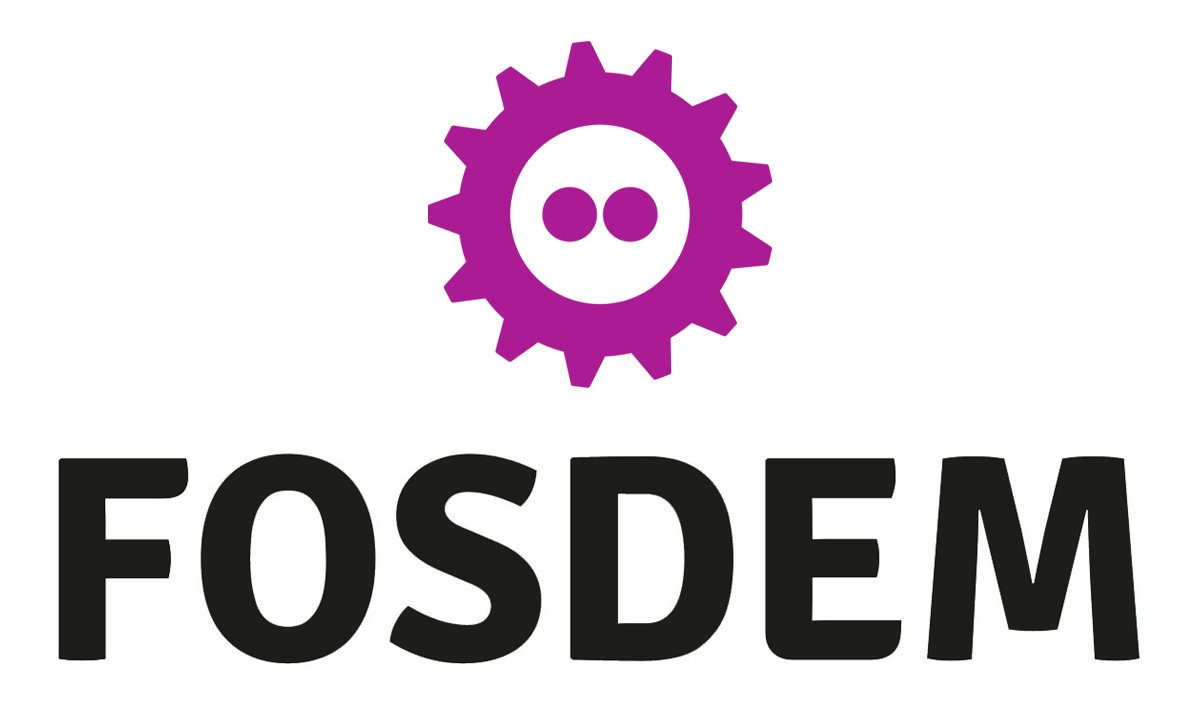 Imagine you could physically step into your favourite FOSS projects’ chatrooms, mailing lists or forums and talk in person to other community members, contributors or committers? Imagine you could see project leads show off their latest work in front of a packed audience, and then chat and brainstorm with them afterwards (and maybe grab a beer)? Imagine, as a developer, you could suddenly meet a random subset of your users, to hear and understand their joys and woes in person?

This is FOSDEM, Europe’s largest Free and Open Source conference, where every year thousands of people (last year, ~8,500) take over the Solbosch campus of the Université Libre de Bruxelles in Belgium for a weekend and turn it into both a cathedral and bazaar for FOSS, with over 800+ talks organised over 50+ tracks, hundreds of exhibitor stands, and the whole campus generally exploding into a physical manifestation of the Internet. The event is completely non-commercial and volunteer run, and is a truly unique and powerful (if slightly overwhelming!) experience to attend. Ever since we began Matrix in 2014, FOSDEM has been the focal point of our year as we’ve rushed to demonstrate our latest work and catch up with the wider community and sync with other projects.

This year, things are of course different. Thankfully FOSDEM 2020 snuck in a few weeks before the COVID-19 pandemic went viral, but for FOSDEM 2021 on Feb 6/7th the conference will inevitably happen online. When this was announced a few months back, we reached out to FOSDEM to see if we could help: we’d just had a lot of fun helping HOPE go online, and meanwhile a lot of the work that’s gone into Matrix and Element in 2020 has been around large-scale community collaboration due to COVID - particularly thanks to all the development driven by Element’s German Education work. Meanwhile, we obviously love FOSDEM and want it to succeed as much as possible online - and we want to attempt to solve the impossible paradox of faithfully capturing the atmosphere and community of an event which is “online communities, but in person!”... but online.

And so, over the last few weeks we’ve been hard at work with the FOSDEM team to figure out how to make this happen, and we wanted to give an update on how things are shaping up (and to hopefully reassure folks that things are on track, and that devrooms don’t need to make their own plans!).

Firstly, FOSDEM will have its own dedicated Matrix server at fosdem.org (hosted by EMS along with a tonne of Jitsi’s) acting as the social backbone for the event. Matrix is particularly well suited for this, because:

We’re currently in the middle of setting up the server with a dedicated Element as the default client, but what we’re aiming for is:

N.B. This is aspirational, and is all still subject to change, but that said - so far it’s all coming together pretty well, and hopefully our next update will be opening up the rooms and the server so that folks can get comfortable in advance of the event.

Huge thanks go to the FOSDEM team for trusting us to sort out the social/chat layer of FOSDEM 2021 - we will do everything we can to make it as successful and as inclusive as we possibly can! :)

FOSDEM is only a handful of weeks away, and we have our work cut out to bring this all together in time. There are a few areas where we could really do with some help: